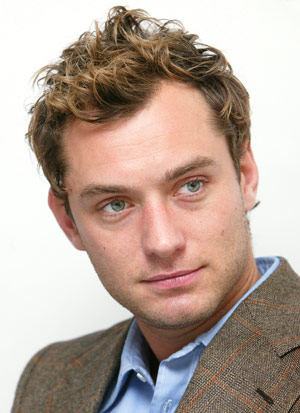 Domestic abuse is a major issue not only in Exeter, Portsmouth and Manchester but in New Hampshire generally. It shatters families and creates a cycle of abuse that extends to abused children who are at high risk for abusing their spouses and children.

According to some studies, over 3 million children in the US are abused annually. Battered spouses and their children may seek protection in battered women shelters, having their spouses arrested for assault, and often breaking up families.

New Hampshire domestic violence laws include not only married couples, but extends to ex-spouses, siblings, cohabiting partners, and current or former intimate partners.

In New Hampshire, like most states, if you are the victim of domestic violence, you can seek an emergency protective order from the court that will prohibit the abusive partner or spouse from contacting you or entering your house or apartment. You can also have the perpetrator arrested if the police have evidence of abuse, such as observing injuries and the aftermath of a struggle.

However, this could all change if House Bills 1581 and 1608 pass in the New Hampshire legislature. Current law allows police who are summoned to a home where domestic violence has been reported to arrest the accused upon probable cause without a warrant if they observe signs of violence. This includes evidence of injury to a victim and signs of a struggle like damage to furniture or to the residence. Officers may also seize any firearms which may have been used or were threatened to be used by the accused.

See also  Should You Get A Divorce?

This new law in New Hampshire would take away that discretion from law enforcement and would only permit an arrest if an officer directly witnessed abusive behavior taking place, or he or she must return with an arrest warrant. Although the law has been evidently designed to protect the rights of the accused, the situation could escalate if police must leave the scene to obtain a warrant without having an officer present at the household, leaving the victim at the mercy of the abuser.

The new legislation would also require a defendant under a restraining or protective order to violate it three times before being subject to arrest for violating the order. Presently, a single violation gives a judge discretion to order the violator arrested.

Law enforcement officials also fear that the new measures would not prohibit an accused domestic abuser from possessing firearms or from buying them.

If you are accused of a domestic violence offense in New Hampshire, and depending on the severity of the circumstances, you can be charged with either a Class A or Class B misdemeanor, or a felony if serious injury resulted, or if you are accused of rape or other sexual misconduct.

Penalties for a Domestic Violence Conviction in NH

If you are convicted of domestic violence in areas such as Exeter, Portsmouth and Manchester or in New Hampshire generally, and your offense was a Class A misdemeanor, you face up to one year in jail, fines, probation, and probable participation in a domestic violence treatment program.

Class B misdemeanors do not include any prison time. This would include simple assault charges. You can still face fines and participation in a domestic violence program.

See also  Getting SEO Expert Support For Your Businesses

If your domestic violence conviction included a more severe charge such as a sexual offense, serious bodily injury, or assault using a firearm or other deadly weapon, you could face a Class A felony, which carries a possible imprisonment of more than 7 years and up to 15 years. If a sexual assault occurred or a homicide, the penalties increase up to life in prison.

A Class B felony imposes a possible imprisonment of more than one year but not more than 7 years. Probation can be up to five years.

Finding the proper New Hampshire domestic abuse defense lawyer is essential if you have been charged with domestic violence or abuse or with any associated criminal charges.

In some instances, a vindictive spouse or ex-partner may falsely accuse you of domestic violence to gain custody over children or for some other purpose. If you are arrested and charged with domestic violence and abuse, you need the services of Ryan Russman, one of New Hampshire’s premiere criminal defense attorneys.

A criminal conviction could result in the loss of your freedom as well as substantial collateral consequences, including loss of your job; and difficulty in obtaining credit, applying to schools, obtaining housing, and having the stigma of having committed a violent crime. Get a free consultation with NH Attorney Ryan Russman today.