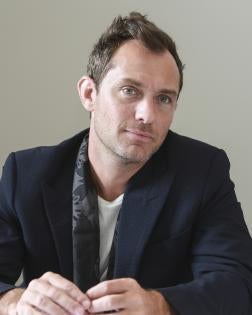 North Carolina parole conditions (Officially: “Conditions of Post Release Supervision”) are given to the convicted person on the day he is released from prison. He signs them, along with his parole officer.

What happens if a Parolee Violates the Conditions of Release?

If the parolee violates the conditions of release, the parolee is subject to immediate arrest and confinement, usually in the county jail.

The parole officer will give the parolee (or his client) a violation report, which will also indicate the date and time of the hearing.

State statute requires that the person be given a “preliminary hearing” with 7 working days (weekends, holidays don’t count) of his confinement.

If the hearing is scheduled more than 7 working days after the parolee’s confinement, statute suggests immediate release is the remedy, although enforcing that would require a habeas application.

The parolee can request a continuance, in which case the parolee waives his right the preliminary hearing within 7 days.

This preliminary hearing is run by a “Hearing Officer.” Statute requires that the “hearing officer” can be a judicial officer, or can be an employee of the DOC whose full-time job is to conduct these hearings. (U.S. v. Morrissey requires this preliminary hearing and simply held that the hearing officer be independent, meaning that the officer could not be a parole or probation officer.)

The purpose of this preliminary hearing is to determine whether there is “probable cause” that the parolee did in fact commit a parole violation, allowing the parolee to be confined until the full parole commission hearing.

The preliminary hearing is an informal hearing where the rules of evidence do not apply. It is not unlike a probation violation hearing, although even less formal. The parole officer attends, and she and the parolee are sworn in. The parole violation letter you or your client received suggests that you merely need to ask for a witness to be called, and the parole commission will make sure that person shows up to this preliminary hearing.

Note that parolees have a right to have retained counsel present, but parolees do not, according to case law or state statute, have the right to appointed counsel. As a result, the vast majority of people probably go unrepresented.

The full hearing should come within 45 days of the initial arrest on the parole violation. Since the preliminary hearing found probable cause, your client will probably be turned over by the local jail to the DOC. You should receive a letter from the hearing officer indicating the date, time, and location of the commission’s hearing.

See also  Things you Should Know About Sexual Crime Offense

How does the Parole Commission run its hearing?

As with the preliminary hearing, statute permits you to have witnesses (other than the parole officer and your client) attend the full parole hearing. You would need to work with the prison to permit their entry.

In addition, because cell phones are not permitted, if you have a recording on your cell phone that you want to play for the commission, you’ll need to either have a corrections officer carry the phone with him into the prison for you, or transfer it to another kind of device.

I found that one of the alleged violations was, in fact, not a violation at all. Make sure that any violation alleged has a corresponding condition in the “Condition of Post-Release Supervision” document that the parolee signed.

Second, make sure that the violations alleged at the hearing are actually violations for which you or your client was given notice before the hearing.

Your client will be returned to custody following the hearing, and the commission will inform you within 10 days of its decision. In my case, the commissioner running the hearing essentially told me that he’d be released on the walk out of the prison.

The chances of success are low at a Parole hearing but with good representation you can at least get the ball rolling in your favor if you knock out a few of the frivolous or non-violation “violations” and secure release for your client.