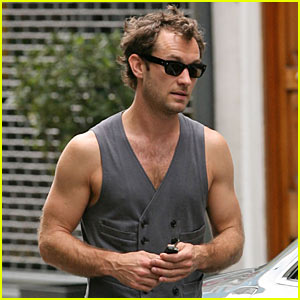 The story goes that Williamson County is tougher on crime than is Travis County. As my former boss, Ronnie Earle used to point out, “tougher on crime” doesn’t necessarily mean “smarter on crime.”

Mr. Earle’s point was that when possible, prosecutors should take steps to prevent crime, not just prosecute a Defendant after he’s been accused.

It’s a point well taken. The most efficient law enforcement — including prosecution — is one that keeps crimes from occurring at all. There’s nothing wrong, obviously, with law enforcement picking up the pieces after a crime has occurred, investigating crimes, catching wrong-doers, and turning them over to prosecutors. But it is just flat more efficient to prevent crime altogether.

And in fact, Williamson County is smarter on crime than Travis County is, when it comes to some first offense DWI cases.

In Travis County, on a first time DWI case, if the prosecutor can prove that you were driving while intoxicated, he or she will press hard — be tough — to get a conviction. No pre-trial diversion. Period.

In Williamson County, on a first time DWI case, the prosecutors will hand pick certain cases which they could prove, but think that justice would be better served if the offender appears to be a good candidate for treatment. The treatment is intensive. Standards are high.

Participants in the Williamson County pre-trial diversion program who do not meet the standards are kicked out of the program and prosecuted. So there is accountability. But there is also the chance for true recovery without the profoundly negative impact on one’s future that a DWI conviction has.

So which county is “tougher” on a first offense DWI, Williamson or Travis? I’d have to say Travis County, because in Travis County the defendant gets a conviction on any provable offense.

In Travis County, on certain second time DWI cases, there is a DWI court. The target population consists of DWI offenders who reside in Travis County or an adjacent county, who have been arrested for a 2nd or subsequent DWI within 2 years of their first arrest or conviction, whose cases do not involve victims, and who have no other unresolved pending cases (violent offenders will generally not be eligible to participate).

The Travis County DWI court is very tough, but it is smart, too. There is no avoiding a conviction for the second DWI in Travis County either, but treatment is required. Standards are high, and the treatment is very intensive. Judge Elisabeth Earle’s point of view, I think, is to resolve any underlying cause of the drinking and driving. But if you screw up, she’ll put you in jail.

See also  Proportionality of Crime to Punishment: An Eighth Amendment and Due Process Approach