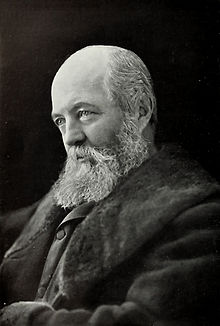 In a close 5-4 decision, the United States Supreme Court has just released an important legal decision and update on one of the most recognized cases in U.S. legal history, Miranda v Arizona. As any follower of police or lawyer shows knows, the Miranda case is known for its inception of Miranda rights, those “right to remain silent” quotes that police officers must inform you of when you are arrested or questioned while under arrest. Even the most casual observer of the law has heard of Miranda, and most of us know that under it, we are not obligated to answer any questions from an arresting officer. Miranda was a landmark case in supporting the Constitutional 5th Amendment right against self-incrimination. No person can be forced to answer questions that may incriminate themselves, and no person can be interrogated further by police once they have invoked their right to remain silent. The U.S. Supreme Court’s decision on June 1st, 2010 could change the way Miranda rights are used in the court room and during criminal arrests in the future.

In the original Miranda v. Arizona case, the defendant Ernesto Miranda signed a confession when the evidence showed that he did not know he had the right to remain silent or have an attorney present during questioning. The Court ruled in that case that, essentially, the police had bullied Miranda into the confession when they realized he didn’t know he had a right to remain silent. The Court’s opinion held that this right would be useless if the police did not inform a suspect of that right to refuse to answer questions or led him to believe he did not have such a right. Ultimately, a person accused of a crime has a constitutional right against self-incrimination, and the Miranda court decided that the confession the interrogating police officers got from Miranda due to his ignorance of these rights was unconstitutional. Incidentally, although Miranda’s confession was thrown out because of this, he was ultimately later convicted in a new trial. The Miranda court’s underlying reasoning and decision was later reviewed again in 2000 in Dickerson v. United States, and affirmed.

In this recent court case Berghuis v. Thompkins, a new wrinkle was added to the rights of a criminal defendant that were discussed in the Miranda case. In this case, the Court held that simply refusing to answer questions does not, by itself, require that the police immediately give up their questioning. In the majority opinion, Justice Kennedy stated that a criminal suspect who wants to invoke their Miranda right not to be questioned must do it unambiguously, simply remaining silent for certain questions, while answering others was not enough the Court said. Going forward, it appears that under the majority decision a criminal suspect must be perhaps more clear if they truly wish to invoke their right to remain silent. The dissent protested that under this legal holding suspects in a crime must now unambiguously invoke that right, which (counter-intuitively) would require them to speak to do so. While it is not yet clear how those fears will play out in future criminal cases, this new decision has at least a mild limiting effect on the rights of criminal suspects under Miranda to be able to avoid their answers being used against them if they choose to answer any questions.