Is the Relationship of Dishonesty and Appropriation in the Offence of Theft Free From Uncertainty? 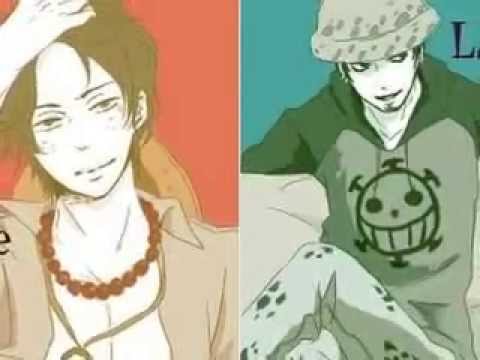 Theft is defined in section 1 of the Theft Act 1968. Dishonesty is under section 2 of that act and it forms part of the mens REA for theft and Appropriation is under section 3 of the act and it forms part of the actus reus for theft. The problem is that there are many decisions made within these two areas on the law of theft which leads to a few uncertainties which I will be discussing in further detail in this essay.

See also  Aggravated Assault - What is It?

Consent to appropriation has been an area of law with has caused major problems. Most problems have surrounded the question of whether an item can be appropriated if the owner has given it to the person. The Theft Act 1968 does not state that the appropriation has to be without the consent of the owner. This point was considered in Lawrence (1971) in which an Italian student showed an address to the taxi driver and the journey should have cost him 50 pence but the taxi driver told him it was expensive so the student got out AÃ¯Â¿Â½1 and still he said it wasn’t enough and so the taxi driver helped himself to another AÃ¯Â¿Â½6. Both the Court of Appeal and the House of Lords held that there was appropriation in this situation.

The same point was again raised in Gomez (1993) and the effect of the decision in Gomez was that any removal of goods from a shelf in a shop is an appropriation. However, the complete offence of theft will only be committed if the person appropriating the goods has the required mens rea for theft. In this case the defendant, an assistant at an electrical shop was asked by the manager to supply goods (AÃ¯Â¿Â½16,000) in exchange for two building society cheques that defendant knew were stolen. Defendant obtained authority from the manager to supply the goods. Defendant did not tell the manager the cheques were stolen and he had not checked with the bank as he was instructed to do.

There was a problem with the decision in Gomez and it was that did the decision made in Gomez extend to situations where a person has given property to another without any deception being made and it was raised in the case of Hinks (2000). In this case the defendant a carer of a 53-year-old man of low intelligence persuaded him to make gifts to her totalling AÃ¯Â¿Â½60,000 which was almost all his savings. Lord Steyn said that “It was held in R v Lawrence (1972) and DPP v Gomez (1993) that it was immaterial whether the act of appropriation was done with or without the owner’s consent or authority.”

“Appropriation” is a neutral word comprehending “any assumption by a person of the rights of an owner”.

Another effect of the decision in Gomez is that the appropriation is viewed as occurring at one point in time. This was shown in the case of Atakpu and Abrahams (1994). In this case the defendants hired three expensive cars abroad to sell in England. They argued that no appropriation had taken place in England and therefore the case was not triable in England.

It was held that goods once stolen could not be stolen again by the same thief, whether the theft took place in England or abroad. Therefore, the cars were stolen abroad where the appropriation took place.

In other words where a thief came by property by stealing it his later dealings with the property could not be an assumption of rights of an owner.

The first point that needs to be proved for the mens rea of theft is that when the defendant appropriated the property he did it dishonestly. There is no definition of what is meant by this in the Act but in section 1 (2) it states that ” is immaterial whether the appropriation is made with a view to gain, or is made for the thief’s own benefit.”

It has been held in two cases Small (1988) and Holden (1991), that the fact that the belief was an unreasonable one does not prevent the defendant from relying on these sections. If the jury believe that the defendant had a genuine belief that he was under one of the three situations even if it were unreasonable then he would be found not guilty. In some situations the defendant may say that he is willing to pay for the property or may on taking the property leave money to pay for it. This does not prevent the defendants conduct from being dishonest as section 2 (2) states that ‘a person’s appropriation of property belonging to another may be dishonest notwithstanding that he is willing to pay for the property’.

The case of Ghosh (1982) is the leading case on what is meant by dishonesty. In this case the Court of Appeal set out the tests to be used. They said that dishonesty has both an objective and subjective element to it which are that was what the person did dishonest according to the ordinary standards of reasonable and honest people? and Did the defendant realise that what he was doing was dishonest by those standards?