Much speculation exists about China’s Belt and Road Initiative (BRI). This trillion dollar project consists of infrastructure to connect China to Europe and Central Asia as well as a series of deep-water ports. These ports will connect China to Africa and the Middle East as well as South and Southeast Asia. 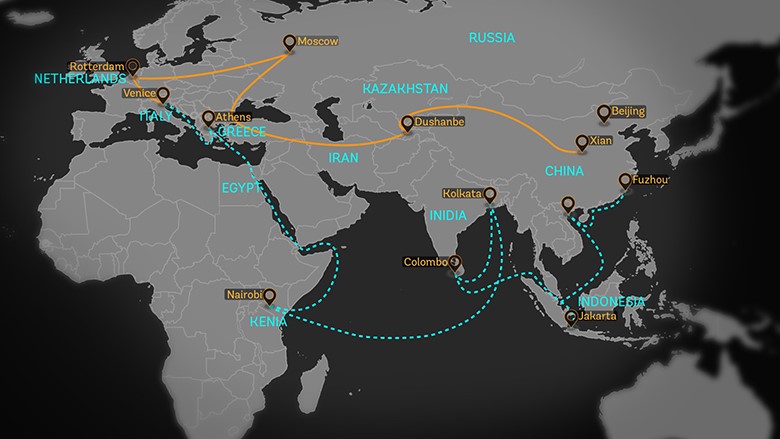 Critics claim that these projects are politically motivated and are not sustainable economically. On the other hand, officials in Africa claim that China is helping to bring a turnaround in the economic fate of their continent.

Many development banks and aid agencies are focused on inclusive growth. The World Bank, for example, wants to end poverty by 2030 and boost prosperity amongst the poorest and low and middle-income societies. At the same time, rhetoric and what happens on the ground may be two different things.

These institutions appear to have difficulty in targeting regions that are economically disadvantaged in the countries where they work. Chinese investments are producing spatially inclusive growth.

China has not really said much about whether its investments are meant to promote inclusive growth. However, by making an investment in connective infrastructure, spatial inequalities are reduced. Those in economically disadvantaged regions have a better chance of reaching places where they can find employment.

See also  Everything Surrounding Bankruptcy Attorneys, You Need to Know

China prefers to invest in transportation networks from the interior to the coast. Several studies have suggested that developing networks like this in China helped to reverse growing inequalities across the country. It is possible that its investments could also help to deal with inequalities in host countries.

A study entitled Connective Financing found this to be true. Chinese investments in connective infrastructure, such as bridges, ports, railways, and roads, do create a more equal distribution of economic activity. They help to narrow economic disparities in places where economic activity is concentrated in urban centers with little economic activity in villages and rural towns.

However, no-one should be under the illusion that all the results of these development projects are positive. They may saddle governments who borrow from them with a burden of debt, fuel local corruption, and degrade the native environment. Testimonies from investment sites in Africa point to violations of international labor standards and the fact that local trade union involvement is discouraged.

Against a shifting background of trade relations, China has noted that it wants to work with African countries in an inclusive way. Offering conjecture and cherry-picking cases doesn’t help in deciding whether China is a hero or a villain when it comes to its development projects.